How does Y-DNA hold ancestral information?

These are the unique characteristics of Y-DNA which make it ideal for paternal ancestry analyses:

Y-DNA is passed down directly from father to son. This means that all males who descend from the same paternal lineage have exactly the same or very similar Y-DNA profiles.

Free ancestry web apps are available to users who have taken the Y-DNA Test.

Already took the test? Get started for FREE!

Low recombination rate of the Y-DNA

The Y-DNA has two very different types of markers which are useful for tracing paternal ancestry: STR markers and SNP markers.

1. Y-STR Markers
STR stands for “short tandem repeat.” These are short sequences of DNA (2-13 base pairs) which are repeated over and over again. The number of repeated sequences for each STR marker varies between individuals. This variation is known as an individual’s Y-DNA haplotype or Y-DNA profile.

SNP markers have an extremely slow mutation rate (approximately one mutation every few thousand years). SNP markers are used for investigating ancient ancestry from tens of thousands of years ago, and can determine an individual’s Y-DNA haplogroup.

What is the difference between a Y-DNA haplotype and Y-DNA haplogroup?

A Y-DNA haplotype is an individual’s Y-STR profile and includes the number of repeats at specific Y-STR markers. Y-DNA haplotypes are useful for tracing recent paternal lineages and connections.

An individual’s Y-DNA haplogroup represents his “deep ancestry” or ancient family group. Y-DNA studies have shown that all males living today are descendants of a single root paternal ancestor who lived in Africa approximately 150,000 years ago. Over time, our ancestors migrated out of Africa in waves and populated the world. All males can be traced to one of the main Y-DNA haplogroups. Haplogroups are useful for scientists who are studying human migration patterns and have archaeological value. Y-DNA haplogroups are determined by testing Y-SNPs.

During Y-STR marker testing, the number of repeats are determined for several different STR markers. The resulting set of repeat numbers is known as the individual’s Y-DNA haplotype (or Y-DNA profile).

The number of repeats for each Y-STR marker does not contain ancestral information by itself. However, it becomes useful when it is compared against other individuals or specific population groups. All males who descend from the same paternal lineage have the same or very similar Y-STR marker profiles. Comparing your Y-STR marker profile against another male in question, or against a database of populations, allows you to search for relatives along your paternal line and also allows you to find out which population groups are the closest match to your paternal lineage.

The next four sections discuss the most common types of Y-STR markers that are used for paternal ancestry testing.

Single-copy Y-STR markers are STR markers that occur only once in the human genome. A single repeat number (allele value) will show for each single-copy marker in a paternal ancestry report.

Multi-copy Y-STR markers are markers that occur more than once in the human genome. More than one allele value will show for each of these markers in a paternal ancestry report.

For example, the DYS385, DYS459 and YCAII are typically present at two different locations on the Y chromosome; therefore, they are also termed “duplicated markers.”

Using your Y-DNA haplotype to search for, or verify, family linkages

Once you have tested your Y-STR markers, you can use your haplotype to search the DNA Reunion database for people who are linked to you on your paternal line.

*Only males can take a Y-DNA Test*

What is the Atlantic Modal Haplotype?

Some Y-DNA haplotypes occur more frequently in certain parts of the world. For example, people whose ancestors are from the western coast of Europe often share in common a small group of Y-STR markers, which is called the Atlantic Modal Haplotype. The Atlantic Modal Haplotype is tied to the R1b haplogroup and is characterized by these Y-STR markers:

More information about the Atlantic Modal Haplotype can be found in Wilson et al. (2001).

What is genetic distance?

A key measurement value when comparing the Y-STR markers between two different individuals is “genetic distance.” 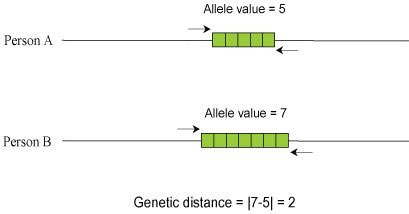 For single-copy STR markers, the calculation is straightforward. The genetic distance for each single copy marker between two individuals is the absolute value of the difference between the value of the markers.

Calculation of genetic distance for DYS389i/ii

What is the TMRCA?

TMRCA stands for “Time to Most Recent Common Ancestor”. It’s a measure of how long ago any two male individuals likely shared a common patrilineal ancestor. 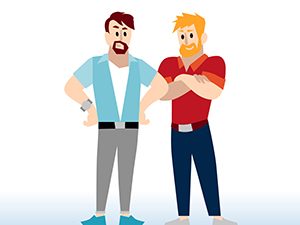 Determining TMRCA through DNA testing:
The TMRCA for any two male individuals can be determined by testing and comparing their Y-STR marker profiles. The more Y-STR markers that are tested and compared, the higher the accuracy of the TMRCA prediction.

Here are some examples of how testing more Y-STR markers can increase the precision of the TMRCA value:

12 Y-STR marker test: If you and someone else test 12 STR markers, and matched each other perfectly at all 12 markers, your TMRCA is approximately 14.4. This means that you and the other individual likely shared a common ancestor between 0 and 14.4 generations ago. Now that’s a very broad time frame and does not provide solid evidence that two individuals are from the same line.

20 Y-STR marker test: If two males match perfectly at 20 STR markers, the TMRCA is narrowed down to 8.3. This means that these two individuals likely descended from the same line and shared a common ancestor anytime between 0 and 8.3 generations ago.

44 Y-STR marker test: If two males match perfectly at 44 STR markers, the TMRCA becomes only 3.8. This means that these two individuals shared a common ancestor between 0 and 3.8 generations ago.

As you can see, the more STR markers that are compared, the more precisely you can narrow down the time frame that you and another person shared a common paternal ancestor.

A number of different STR markers can be tested in the Y-DNA. The more Y-STR markers that are tested, the more discriminating the matches will be when comparing against other individuals.

For example, a comparison of just 12 Y-STR markers is generally not powerful enough to distinguish family lines and can give inconclusive results. The more markers that are available for comparison, the more discriminating the comparison becomes.

There are two major advantages for comparing more markers:

Mr. Jones has been studying his family’s ancestry for several years and has started a “Jones” family study based in Arizona. He is interested in confirming that his family line is linked to a “Jones” line in New York. Although there are rumours that the two lines are related, Mr. Jones does not have the paperwork to prove this link. Mr. Jones is also interested in finding out whether his line is linked to any other Jones lines worldwide. 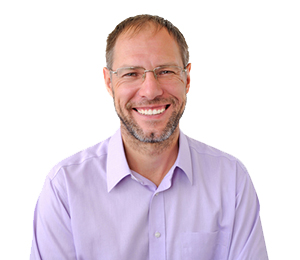 Mr. Jones had previously chosen to test just 12 Y-STR markers. After testing, he uses the 12 markers to search the DNA database and finds out that he is a perfect match to the Jones line in New York. However, he also finds that he has a perfect match to over 200 individuals in the DNA Reunion database, and over half of them do not even share his surname. How is this possible? Does it mean that he is related to everyone who matches him at the 12 markers? No, this simply means that data from only 12 markers is not powerful enough to distinguish Mr. Jones from other family lines.

To clarify this, Mr. Jones decides to increase to 20 Y-STR markers. He searches the database using these 20 markers and this time narrows down the number of matches. In fact, now, only 18 people match him perfectly at his 20 markers, including the Jones line in New York. Surprisingly, many of the individuals who matched perfectly at 12 markers, only match at 14 or less out of the 20 markers tested. This confirms that there is no familial link with most of the 200 individuals identified in the 12 marker test, as more than 3 mismatches indicates that two family lines are not closely related.

To further clarify the findings, Mr. Jones decides to upgrade to a 44 marker test. This time, he finds out that he is a perfect match at all 44 markers to only two lines – a Jones line in England, and a Jones line in the United States. After contacting the two lines and comparing paperwork and stories, Mr. Jones was able to confirm that his line was indeed definitely linked to both lines and he is now able to add both new lines to his family tree.

Mr. Jones also discovered that he had a close match to 4 other Jones lines (43 out of the 44 matched) and he is now pursuing the possibility that the 4 other lines are also distantly related to him. TMRCA analysis dictates that 1 mutation occurs every 500 generations, and thus we would detect a mutation every 12 generations with the 44 marker test.

Mr. Jones is now trying to recruit more Jones males from throughout Europe to try to reconstruct and relink his family line.

A comparison using only 12 markers was not discriminating enough for Mr. Jones to pinpoint his family lines. After increasing to 20 markers, Mr. Jones was able to obtain more useful information, and was able to eliminate false matches initially generated when only 12 markers were compared. However, after increasing to 44 markers, Mr. Jones was able to pinpoint the people that he was looking for and was furthermore able to accurately answer his questions about his relationship to the Jones line in New York. Mr. Jones can continue to carry on his research, and as more and more people are tested and added to the DNA Reunion database, Mr. Jones will be able to reconstruct his family line in greater detail and re-unite with Jones worldwide who are descendants of his family line.

DNA studies have shown that all people living today can trace their ancestry back to common roots in Africa approximately 150,000 years ago. Over time, man eventually journeyed out of Africa. In many migration waves spanning tens of thousands of years, man eventually populated the rest of the world. During these ancient journeys, SNP mutations occurred randomly in their Y-DNA. Each SNP acts as a “time-and-date stamp” which allows us to understand the approximate time and location in the journey our ancestors were when the SNP first occurred. Once a SNP occurs, it is passed down to all future generations and serves as a marker. This allows us to approximate where our ancestors were at specific time points every few thousand years along the ancient migration out of Africa.

Today, our Y-DNA contains a rich collection of SNP markers, passed down to us from our ancient ancestors over thousands of years. Using SNPs found in our Y-DNA, all people living today can be plotted onto a paternal tree of mankind called the “Y-DNA Phylogenetic Tree.” The main branches of the tree are called “Y-DNA haplogroups.” The finer sub-branches of the tree are called “Y-DNA subclades.”

Y-DNA haplogroups are associated with different regions of the world

Once you find out which Y-DNA haplogroup you belong to, you can find out which general region of the world your paternal ancestors came from, such as Asia, Europe, Americas (Native American), Africa, or the Middle East.

The following chart shows the Y-DNA haplogroups found in each region.

A race against time

The scientific community is racing against time to test the DNA of indigenous populations from around the world in order to gain a better understanding of the distribution pattern of Y-DNA haplogroups and subclades found in different parts of the world. This type of study is ongoing and not all Y-DNA subclades currently have distribution data or some may only have limited data.

Y-DNA test options involve testing a panel of STR or SNP markers in the Y chromosome.